CloutHub founder: “The American people have lost all faith in mainstream social media, and for good reason.”

CloutHub, a leading alternative social media platform that champions free speech and civic engagement, announced today that it has established autonomy from web hosting services in response to a growing demand for secure alternatives to Facebook, Twitter, and Instagram.

The announcement coincides with the launch of a major platform update that includes several next-generation features and digital security enhancements, and opens the social media network to international markets for the first time.

“The American people have lost all faith in mainstream social media, and for good reason,” said CloutHub founder and CEO Jeff Brain, noting that CloutHub’s objective is to bring people together, encourage open dialogue, and empower the American people to make a positive impact in their communities.

“Our new features are truly cutting-edge,” he continued. “The new update does not just improve the user experience, but also adds functions that are currently not available on some of the most advanced social media platforms in the world. Crucially, CloutHub is now server autonomous – meaning that our platform does not depend on any individual hosting service.

Brain also noted that CloutHub’s platform has become fully web-based – a feature that would allow its users to directly access the social network on any mobile browser in addition to downloading the official app from a digital marketplace.

In addition to these changes, CloutHub has also made it possible for users to read and comment on news articles without leaving the social media platform – something that is currently not possible on mainstream social networks like Facebook, Twitter, and Instagram. Another new feature makes it easier for CloutHub users to respond to videos and engage with content creators and streamers.

The full list of new changes and features includes: 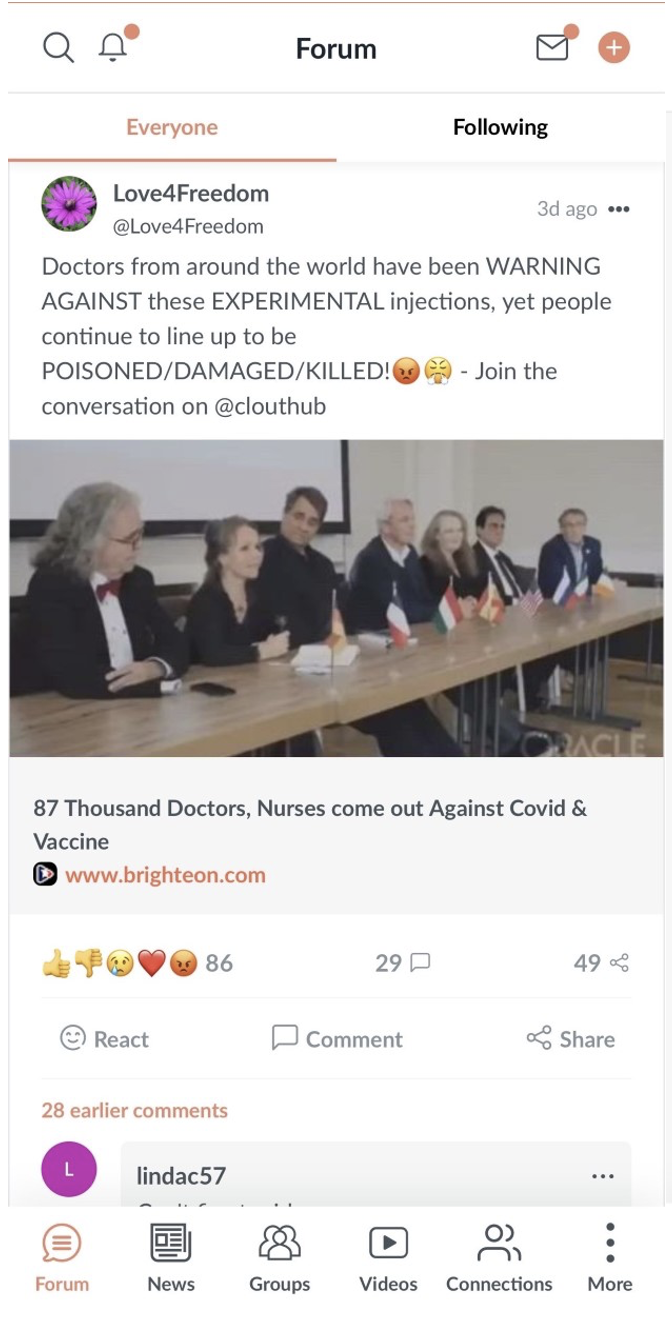 Compose your email to Nikita Chirkov at ProActive.