Conquer or save the world with your imagination.

The Epic Story of Blank & Blank, a creative new card game set in your own imagination, will be published officially in Q2 of 2019. However, a Kickstarter for the storytelling game is now live on Kickstarter! 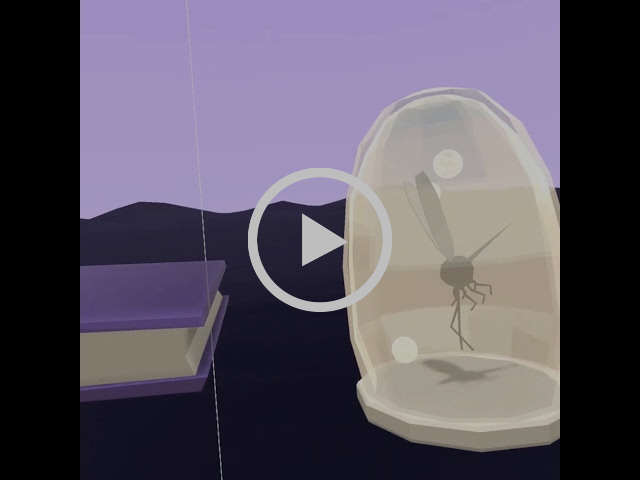 Made almost entirely with Google blocks in VR by Dutch visual artist Durk van der Meer, the artwork will take players to places they never expected to see come alive. In early playtests, specifically the most introvert participants stood out and constructed stories beyond anyone’s wildest dreams. Indietopia - the leading accelerator program for independent game developers in The Netherlands - published several digital games internationally and now ventures into their first tabletop project. The accelerator helps supports newly formed studio Human Approved Productions in their effort to make The Epic Story of Blank & Blank a genuinely epic experience for players around the globe.

Once Upon a Time in Your Mind… 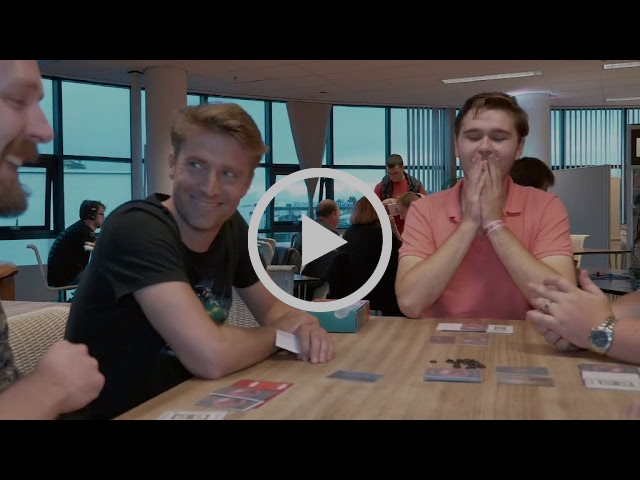 An early playtest this year. We tested the game during Indietopia's game testing nights, where reactions were both fun and useful.  The Epic Story of Blank & Blank is a card game revolving around storytelling. With just one image card and one text card, players tell their epic tale of either world domination in the role of the monster, or salvation in the role of the hero. The basic version is accessible for nearly everyone and can be explained in two minutes.

How the game is played

The Epic Story of Blank & Blank is played in rounds. Players are divided in teams of two, with the exception of the monster, who always plays alone. The monster starts the game by taking four cards, choosing two of these to contemplate on. In just two minutes, the monster will tell a tale of world domination using an image and a text. The hero teams will respond by the same method. After a round of stories (of world domination and salvation), players vote on the best story, excluding their own. A simplified version of the rules can be found on this website. Part of a story that once unfolded goes as follows:

The quaint village of Blanktown has been harassed for months now by a monster simply referred to as Bob. With nothing more than a bag of candy, Bob wreaks havoc among the citizens. Just when the village seems doomed and domination by Bob inevitable, two heroes emerge from the misty hills behind the town church.

How will this end? Who are these heroes? How will the monster respond to the carefully planned heroics of… and ...? 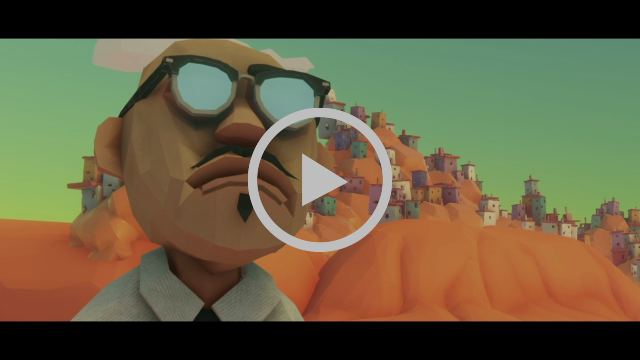 Roan van Drie and RWH Smit created The Epic Story of Blank & Blank two years ago. During their studies, they lacked the time to develop it further, although they did regularly bring it to Indietopia's game testing nights. The playtests payed off when Merijn de Boer, Indietopia's director of operations, saw the potential of the game. Not just as entertainment product, yet also as training instrument for (public) speaking. The game fits perfectly in Indietopia's ideology of creating fun and educational games for all ages.

"This game surpasses your expectations once you start playing. Not only is it a lot of fun, the educational aspects really shine once played with different ages. We noticed that many students (young and older) were able to use the game as a tool to improve their public speaking skills. Being very open and inviting, this game paves the way for anyone wanting to express themselves. The Epic Story became much more than what it originally set out to be, something we can thank our own imagination for."