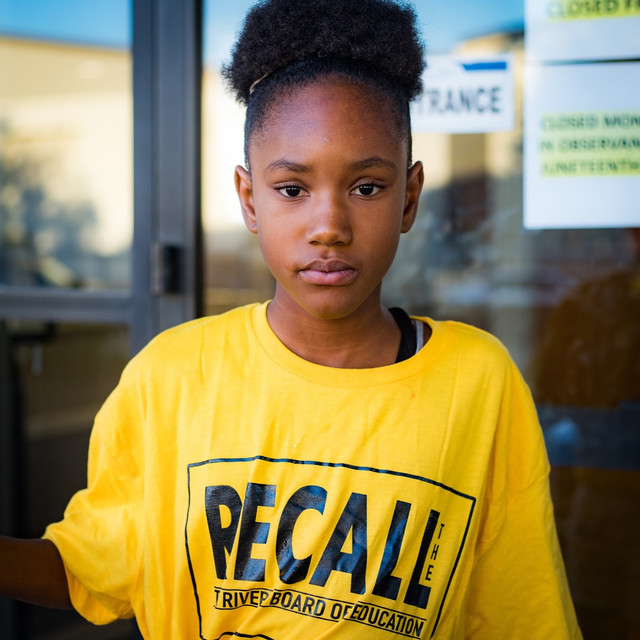 The Sacramento community unites again on July 5, 2022 to fight to reinstate former principal of Oakdale Elementary School, Dr. Kadhir Raja. Organizers plan to serve “Intent to Recall” papers to Trustee Michael Baker after months of silence regarding the reasons for Dr. Raja’s removal at the Tuesday Twin Rivers Unified School District board meeting. The meeting begins at 5pm at 5117 Dudley Blvd at the Twin Rivers Unified School District office.

Dr. Raja was removed from his position as principal in December, 2021. Since then, students have called on the district to reinstate him. Oakdale students organized a school-wide walkout, led protests, and spoke at every one of the  Twin Rivers Unified School District’s board meetings this summer. They sent a clear message: Oakdale students, parents and teachers want their principal back.

Since Dr. Raja’s unexplained dismissal, students say that fighting, gun threats and bullying on campus has grown more frequent. Parents worry for their children’s mental and physical health. Workshops planned in financial literacy for  parents in need have been forgotten, and school attendance and morale is down. Nonetheless, the community is determined to fight to bring their school back to what it was before Dr. Raja's dismissal: a school with rising test scores, better attendance and hope.

“Dr. Raja really helped with the school a lot,” 9 year old Aalaiyjah Lacey said outside the June 21st board meeting. “I want them to bring back Dr. Raja to our school so we can have lots of education and no more bullying… I want to be safe.”

With Dr. Raja came a groundbreaking mentorship program, Handz On Mentorship, that promised students accountability and psychosocial support beyond the teacher and the classroom. Through this program, every student received one-on-one mentorship with culturally appropriate community mentors who know and care for each student. With almost a million dollars of grant funding to support the initiative, students attested that they saw big changes in their school with the program under Dr. Raja’s leadership.

“When I came to Oakdale, I can say I was disruptive, I was dishonest with others. My grades were down. When Dr. Raja came, he connected with me. He was a role model I could follow. Because of that, I’m a better man now.” Matthias Jones, an Oakdale student, said at the June 21st board meeting. “The district has been ignoring us for way too long.”

On July 5, Matthias and other students, teachers and community members hope the school district will listen to their concerns and take action. With a community barbeque, signs and a protest planned they are prepared to push for the change they need.

“This ignited a community to demand social justice,” Ramona Landeros, founder of the Benito Juarez Organization, said. “We’re committed to staying the course.”

Tamara Eugene Raja is a teacher at Grant High School and wife of Dr. Raja. She is amongst the leaders of calling for Twin Rivers Unified School District to do better for their community: “It’s time to change. All across the nation, we see bullying, we see mental health declining. We have a solution. The systems have to change with the times. We demand more and we demand better.”